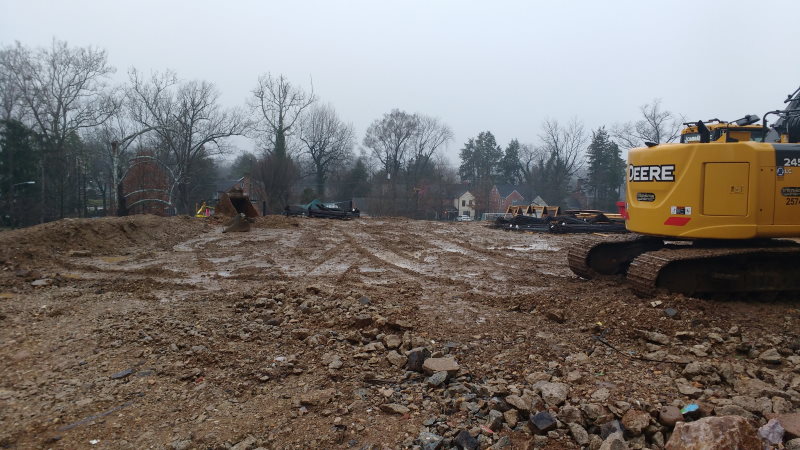 As discussed in our previous community meetings, DPR distributes monthly updates on active construction projects.  Attached is the second construction update for the Shepherd Park project.  Monthly updates will be distributed by the 10th day of each month until project completion.  We hope that you find these updates informative – each update will also be added to the project website after distribution:  https://dgs.dc.gov/page/shepherd-park-community-center

Shepherd P-ark Community Center project includes the addition of a new community center attached to the existing Shepherd Elementary School to include:

New amenities will be used by students during the day with community usage after school hours.

What Happened In January

Excavation of excess soils in preparation for new addition

What to Expect in February

Soldier pile and lagging walls, commonly known as soldier piles, are some of the oldest forms of retaining wall systems used in deep excavations. Soldier pile walls have commonly been used since the late 18th century in cites such as New York, Berlin, and London. The method is also commonly known as the ‘Berlin Wall’. Friction and cohesion created by the piles and lagging help to prevent sliding of the soil mass and thereby reduce the lateral pressure against the wall system.

Previous
Hot Spot of the Week: Kuku’s Beauty Supply Next
How Pricing Your DC Home Right Makes a Big Difference