Top 10 Things To Do in Washington, DC This Weekend: January 31 – February 2 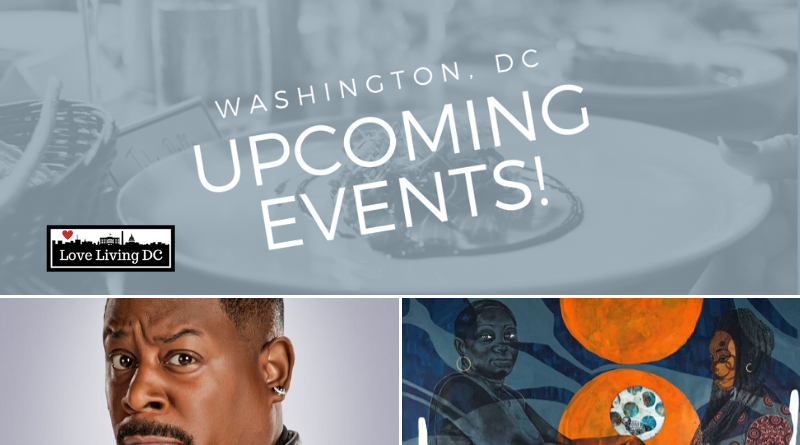 Martin Lawrence’s fans know and love him in all his laugh-out-loud forums. From his famous fictional film roles such as Big Momma in the “Big Momma” film series and Detective Marcus Bennett in the “Bad Boys” franchise to headlining his own side-splitting comedy specials, Lawrence has been making audiences laugh for over 30 years. The comedic legend returns home to kick off his Lit AF Tour with Special tour guests Rickey Smiley, Lil Duval, Lil Rel, Hannibal Burress, and Adele Givens.

Delita Martin: Calling Down the Spirits showcases seven monumental works combining tradition with innovation. Through her rigorous and meticulously layered process, Martin creates striking images that bridge time and space between generations. She creates large-scale prints onto which she draws, sews, collages, and paints. Martin claims space for her subjects, particularly black women, creating a powerful presence that simultaneously highlights the historical absence of black bodies in Western art. See her powerful pieces at the National Museum of Women in the Arts.

Never miss a thing in DC. Click here to have fun upcoming events delivered to your inbox weekly!

Delita Martin: Calling Down the Spirits’ @ National Museum of Women in the Arts

Love Living DC is Washington’s #1 real estate team for dependable neighborhood expertise. If you or a friend need a smart, experienced real estate agent to help you buy, sell or invest in a home in the DC area, give me a call.

Have a great weekend!