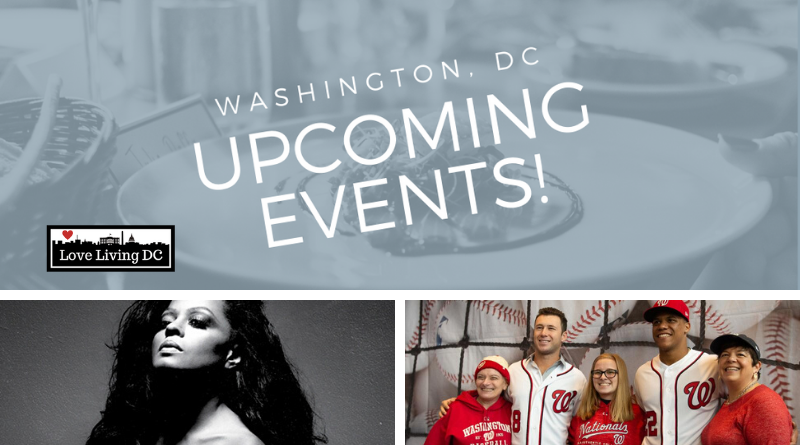 Diana Ross defines icon. With a remarkable career spanning over 50 years, Ms. Ross is considered one of the most successful recording artists of all time. From her early days as the leader of The Supremes to her landmark solo career, Ross shaped the sound of popular music and has inspired countless celebrities, musicians, artists, and young dreamers. Her voice, described as “honey with soulful sensibility,” has produced 14 top ten albums and 18 number one hits.  Hear her unmistakable voice at the Kennedy Center this weekend.

Fresh off their unforgettable World Series championship, the Nationals are turning Nats park into a winter and baseball wonderland for their annual weekend-long fan fest, complete with both indoor and outdoor programs. Come interact with players and coaches, hear updates on the team, and enjoy special behind-the-scenes access to several parts of Nationals Park that are typically closed during the season!

Never miss a thing in DC. Click here to have fun upcoming events delivered to your inbox weekly!

* Do you ever wonder why you’re getting so many of those “We Buy Houses” offers in your mailbox each week? Check out our latest video to learn  the truth behind these questionable deals.

Have a great weekend!